A splurge-Trip though the 70's

I splurged a little on myself this month.  Part of that splurging was a purchase from cardsone.com
Their selection is eclectic but a few things there strike my interest. One of those things was a lot of 1000 1970's cards for $49.99.  I am going to detail the results here and whatever dupes don't go in my vintage binder may show up in a PWE Bomb near you! 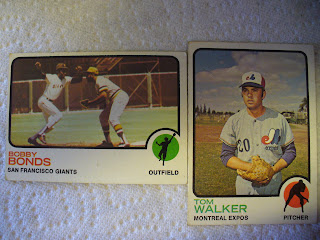 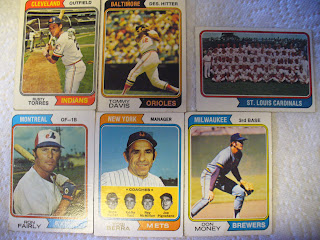 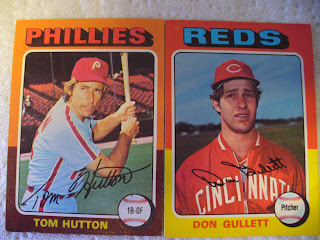 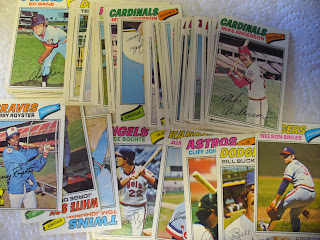 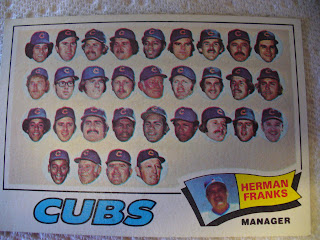 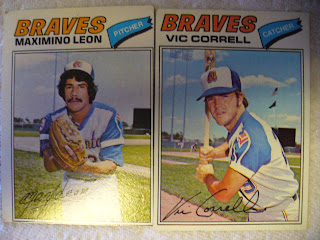 #4 Two Braves that I did not have in the Anthology Binder!!! 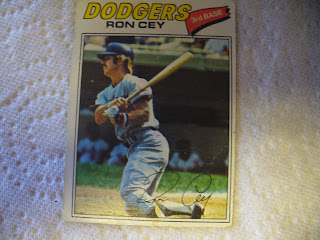 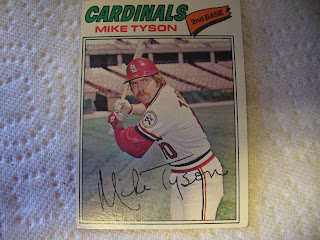 #2 I always smile when I see Mike Tyson Cards 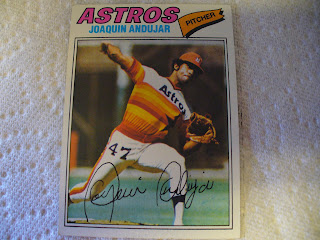 #1 Joaquin Rookie(I believe)-Can't go wrong with a 4 Time All Star.  Believe he won 20 twice with the Cards.

Join me later as I continue on my tour-Spoiler alert.  It's heavy on 78's,79's, and something else!
Posted by Wes Moore the former JBF at 9:00 AM