First of all, let me say this- The guys at Big Hit were by far the most friendly I've ever encountered at an LCS.  They talked to me and found out what I was looking for.  The hours that followed of me pouring through monster box after monster box were epic.  The negociation at the end of my huge splurge was easy and awesome.  I will make the six hour drive again just to visit their shop!

All the mushy out of the way. Let's look at some cardboard.

Didn't run up on many wrestling cards but the three I did-I snatched. 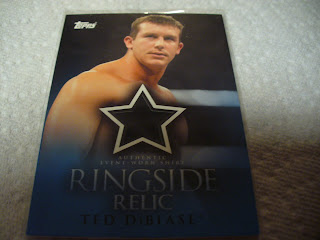 I think Ted is wasted in WWE.  Was glad to snatch this one up. 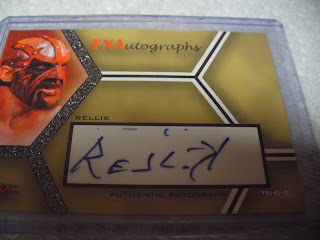 I didn't get the whole Rellik gimmick but I didn't watch a lot of TNA then. Cool Auto though!

This is the best of the wrestling. Good ole Double J.  Ain't he great? 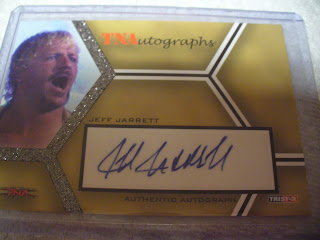 Tune in later today when we'll be talking Bas Ket Ball
Posted by Wes Moore the former JBF at 7:00 AM