I always seem to get bored with it. Also there are usually cards that are out of my range financially.  I have decided to reenter the SuperCollecting Universe and attempt a new subject.  GARY REDUS

As best I can tell he has 160 different cards.  I currently have 26. Too early to start calculating percentages!

Do any of you remember Redus?  He came up in 83 with the Reds, went to the Phillies, then to the White Sox, then to the Pirates, and finally with the Rangers.  Decent stick, had good speed early on in his career.  Believe he stole 52 bags in '87.  This probably netted him this kick ass Starting Lineup which I can never lay my hands on. 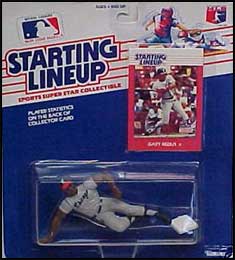 I believe he still holds the record for BA in a LOW minor league season-.462!!!  Some of the players he outperformed in that '78 season were Ryne Sandberg and Julio Franco! 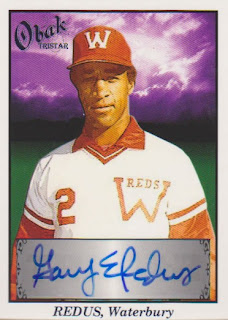 Didn't have much success in Cincy because he feuded with MGR-Player Pete Rose. 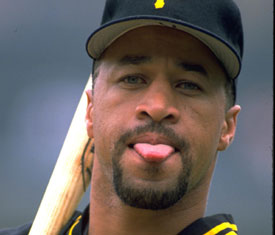 He's a hometown guy for me so I'm going after it! Redus Master Set here I come!

DO YOU REMEMBER REDUS??
DO YOU HAVE ANY OF HIS CARDS??
AM I INSANE??
Posted by Wes Moore the former JBF at 1:10 AM