Its only post 94, I know the party doesn't truly start till post 100.  There are still a few days to trade picks for those of you that were invited to my blog party. However, I promised a wrinkle, a swerve, a surprise(as the American Dream Dusty Rhodes would say "If you will") and here it comes. Well, actually, this is the first of a few wrinkles, swerves, surprises.  I promised it was gonna be a fun ride and it is gonna be epic!

Surprise 1:  The Draft Party actually contains twelve rounds not ten.  The two additional rounds are gonna be the first and the twelfth rounds. You can't trade picks for these two rounds. It will be 10 random cards in each. Randomizer three times will choose the order of draft.  In these two mini rounds you will only have 6 hours to make your selection. In the regular rounds you will have twelve.  If you miss your pick, you will be skipped, but can make a pick as soon as you can get to the blog post.

Let the journey begin!!!
Round 1-Surprise Round Draft Order 
Here are the cards you may choose from:
Keith Gretzky 93 Classic Prospects Hockey #99(Haha not Wayne) 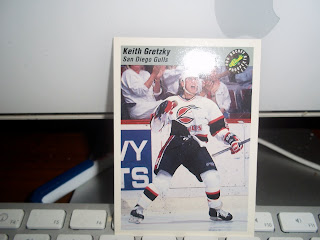 Cecil Collins 99 Prism Rookie(Nickname was the Diesel,what else does one need) 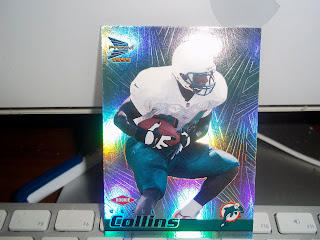 Hackenbush you are on the clock!
Posted by Wes Moore the former JBF at 7:25 PM