It's occurred to me from time to time that I can't trade with everyone in the blogosphere.  As much as I'd like to it's just too big a chore-believe me I've tried.  This has often led to me getting burned out along the way.

Honestly for this experiment I would like to engage with really active traders!  I plan to incorporate box breaking in on my end and maybe some of the heavy hitters will do the same.  I'm awaiting a VERY NICE box from DA Card World from which I will just give away the non Braves cards that are in the break(which I'm going to video).

This doesn't mean I won't send cards at random to folks not on my core list just that I'm looking to solidify the network of my core trade partners.  There is no obligation asked from anyone else other than they are willing to trade unwanted cards to fellow team traders(which a lot of us do already).

So if you're interested leave me a comment or shoot me an email at lifebythedrop79 at yahoo dot com
and we will chat a bit.  Leaving a comment doesn't guarantee you a spot on my list.  I will be considering overall reputation within the community and past dealings when there are multiple team requesters.  Some teams are already spoken for unless the guys don't want to be on my radar-Bob Walk(Pirates), Tony L(Brewers), Tom O(Cubs), AJ(Yankees), and Adam Sanders(Reds).

Hope some folks are down to step up their trading game and join my circle! 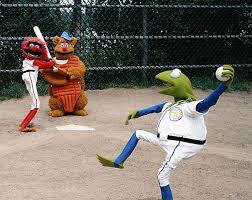 What’s mine is yours!