My good friend Tom from Waiting til Next Year sent me an astonishing package a few weeks back.  I refrained from sharing because I was a war and it needed to hold off till the end. In his mailing, Tom explored our past trading relationship and expressed some thanks for all our swaps.  He also explained that the massive mailings and monsters would take some of the fun out of the relaxation he garners from sorting and keeping up with his conquests.  I can totally respect that-in fact I have grown weary of trading at an insane level.  At times it has made me want to take a step away.  I'm going to take a little new perspective compliments of Tom on how I do things here at the JBF Junk.  No more insane mailings, no more $100 post office days.  I'm going to scale back my Braves collecting to just the anthology set and a series of binder guys but I'll share that another day.  I'm going to continue the autograph project through the end of the year just to see how many I can add in a years time.  These changes will become clearer with time but I realize we all have different ways of collecting and Tom has made me take another look at how I do things.  So let's see what Tom sent my way to put an exclamation point on some of the crazy mailings that have taken place between us. 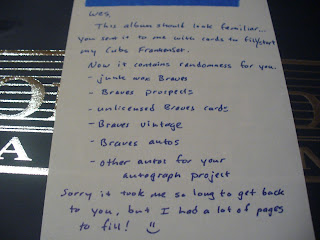 A whole binder full of stuff for me?!? 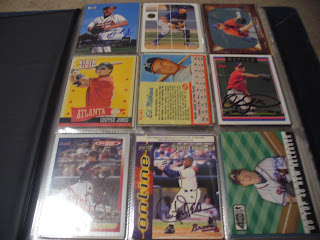 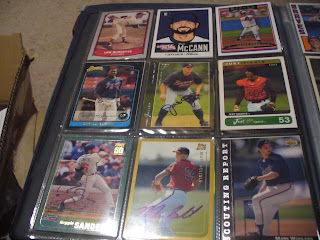 Pretty much every sheet was filled with mostly Braves Autos 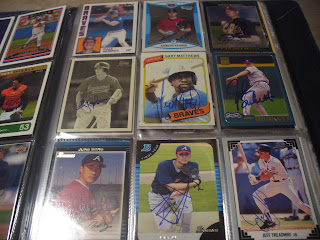 There were other team Autos as well 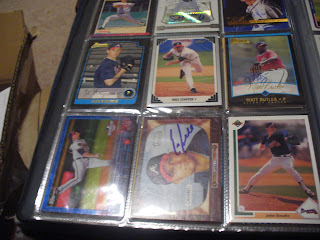 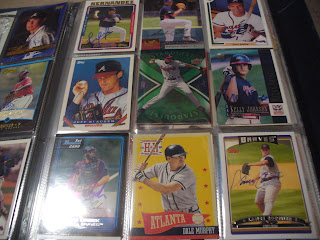 Do I add those to the autograph binder or 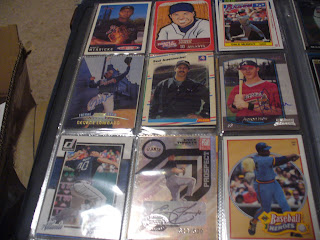 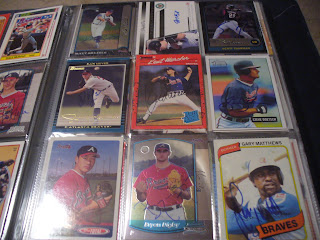 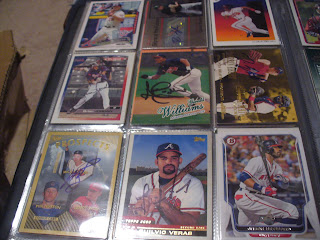 Tom's generosity really blew me away 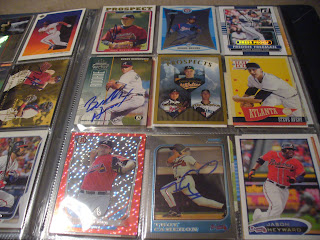 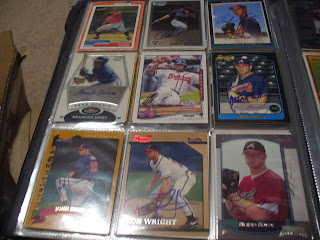 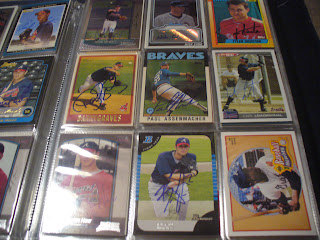 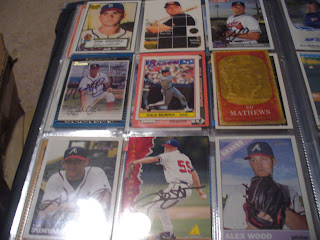 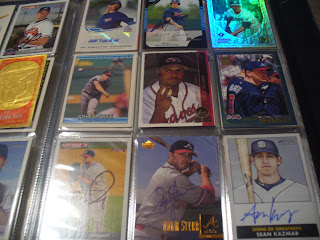 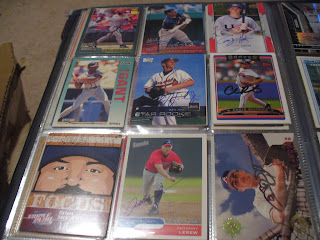 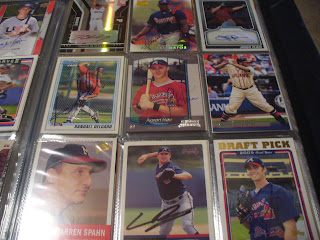 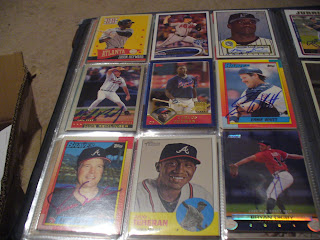 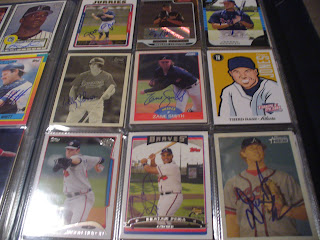 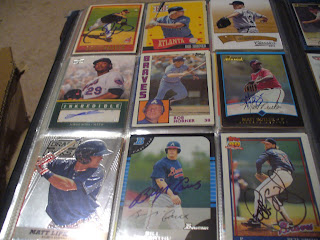 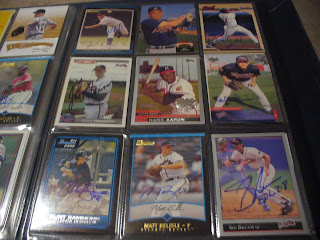 Tom I can't say THANK YOU ENOUGH for this fantastic haul 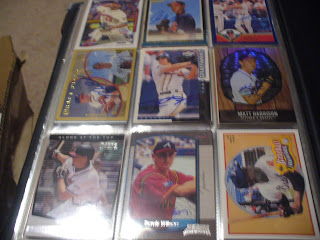 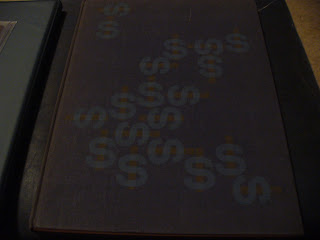 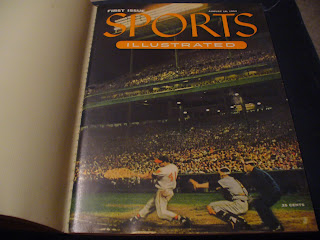 Even the cards were still in there! 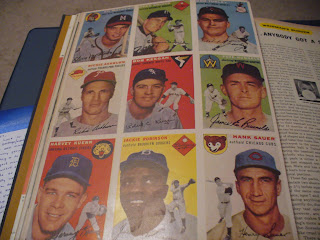 That wasn't enough.  He added a auto of the cover boy and one of my new Braves Binder Guys! 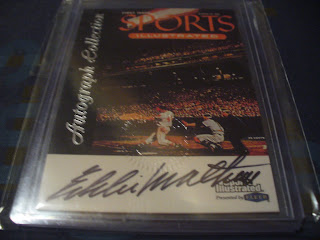 Tom sent me 131 Autographs!!!! Yes 131.  I don't know where to start.  Normally I would start a plan of attack but I'm not going to do that-I'm just going to say Thanks!!  I will never bury you again my friend...only less-less is more-I'm learning!!!
Posted by Wes Moore the former JBF at 8:47 PM